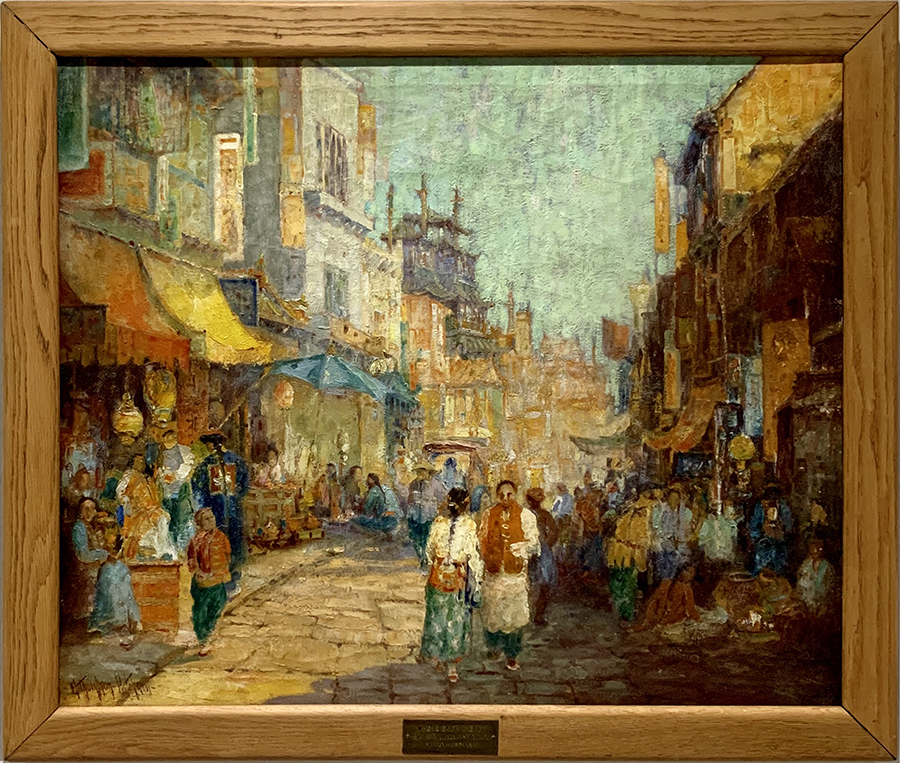 George Thompson Pritchard settled briefly in Los Angeles around 1909 and exhibited at the Kanst Art Gallery before leaving to study and travel in Europe. In 1934, he resettled in Los Angeles, and exhibited thirty paintings at the Frances Webb Galleries in 1935 that documented his world travels through Holland, Belgium, France, Great Britain, the northeastern United States, and China. Where East is East may have come out of that exhibition, as the GHS faculty made a gift of the painting to the school in that year. It’s lively brushwork and dabs of color give a sense of movement appropriate to the busy street scene, while showing Pritchard was well versed in French Impressionism. The title alludes to the 1929 film starring Lon Chaney, one of the last silent black-and-white films to be made.