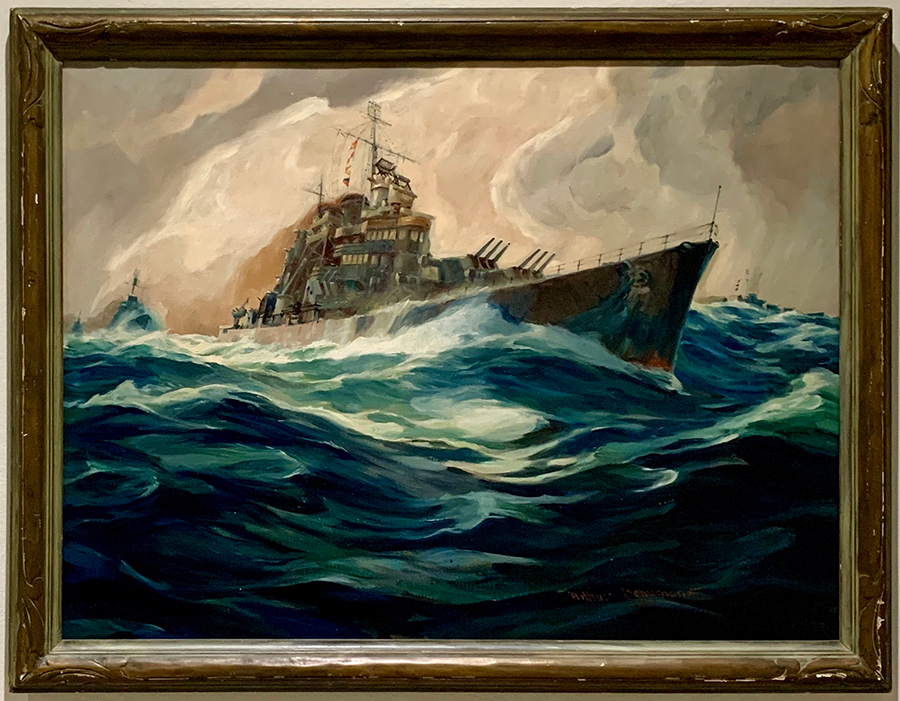 According to Arthur Beaumont, his goal, “was to make even a battleship artistic while, at the same time, maintaining a strict fidelity to accuracy in the rendering of the subject.” When the United States entered World War II, he illustrated ships and battle scenes for various outlets, including National Geographic, by request of the War Department. At GHS’s nineteenth annual art banquet, Beaumont was the guest speaker. During an amusing speech full of anecdotes, he graphically recalled the difficulties of making art while on a ship that was going at full speed and engaged with the enemy. Task Force is a tribute to the prowess of the United States Navy and to the critical role it played in World War II.