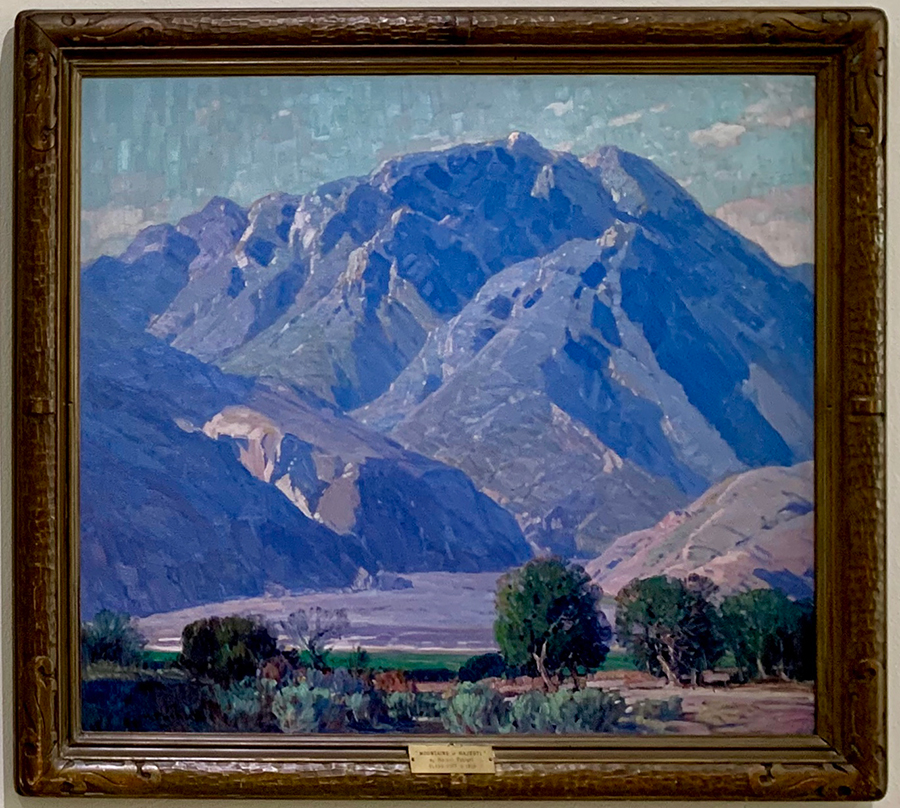 Hanson Puthuff was a mentor of sorts to the Gardena High School students and Principal Whitely; he and his artist wife, May Longest Puthuff, suggested founding the annual Purchase Prize Exhibit in 1928. It is fitting that Puthuff’s Mountains of Majesty won first prize in the inaugural exhibit. Many of the early California landscape painters, like Puthuff, were drawn to the mountains, seeking an experience of rugged nature and a scene of grandeur to record. Here, the contrast between the distant mountains enveloped in a cool and flattening atmospheric haze and the well-defined, though rather minimal nature below, reinforces the mountains’ power and majesty.