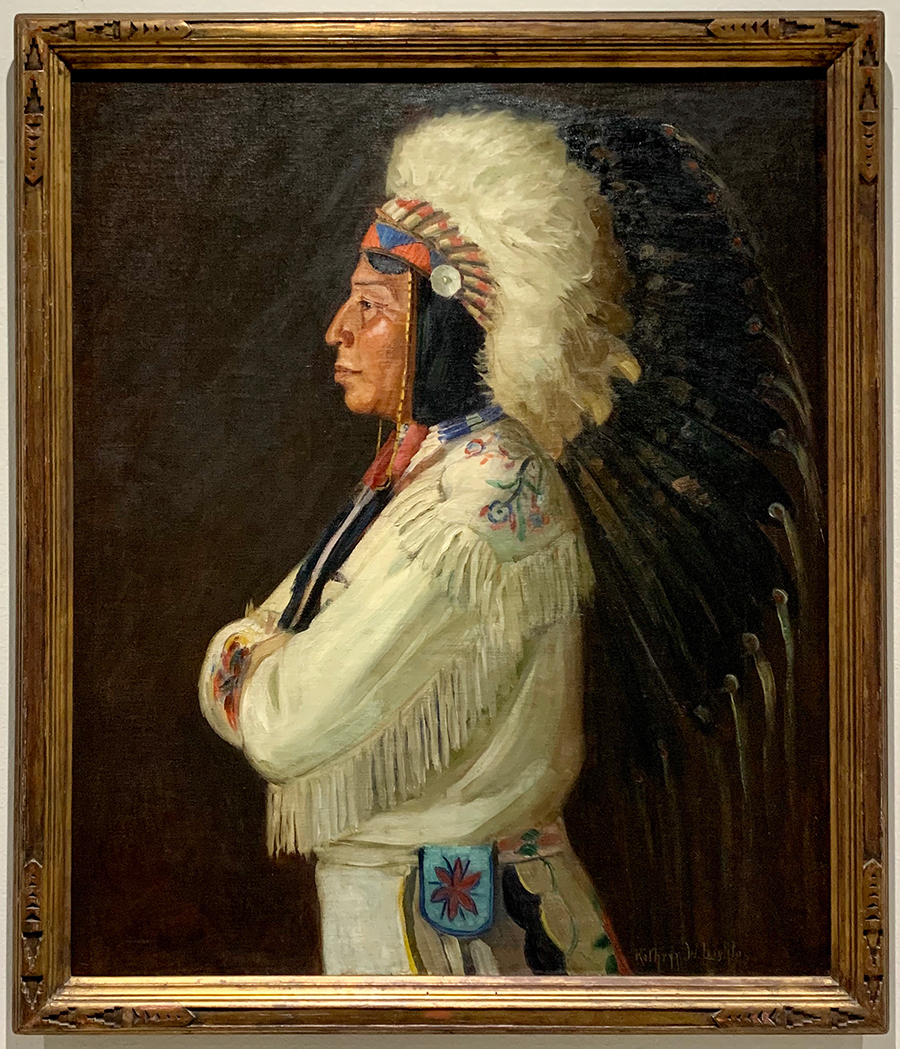 In 1926 the Great Northern Railroad hired Kathryn Leighton to paint twenty-two portraits of Blackfeet elders to promote Western tourism in a cross-country tour. The Blackfeet were suffering widespread poverty and deprivation on the reservation, and Leighton sought to record what was left of their vanishing culture. GHS’s painting is of George Bull Child (b. 1893), a pictograph artist and noted weather dancer who copied the earlier work of tribal artists onto deerskin robes as a means of upholding and recording the traditions of his people. Leighton captures his strength of character as well as the decorative details of his ceremonial headdress and fringed buckskin tunic. Reservation-born Plains Indians were being torn between two worlds—the traditions maintained by aging warriors and the encroaching modern age.