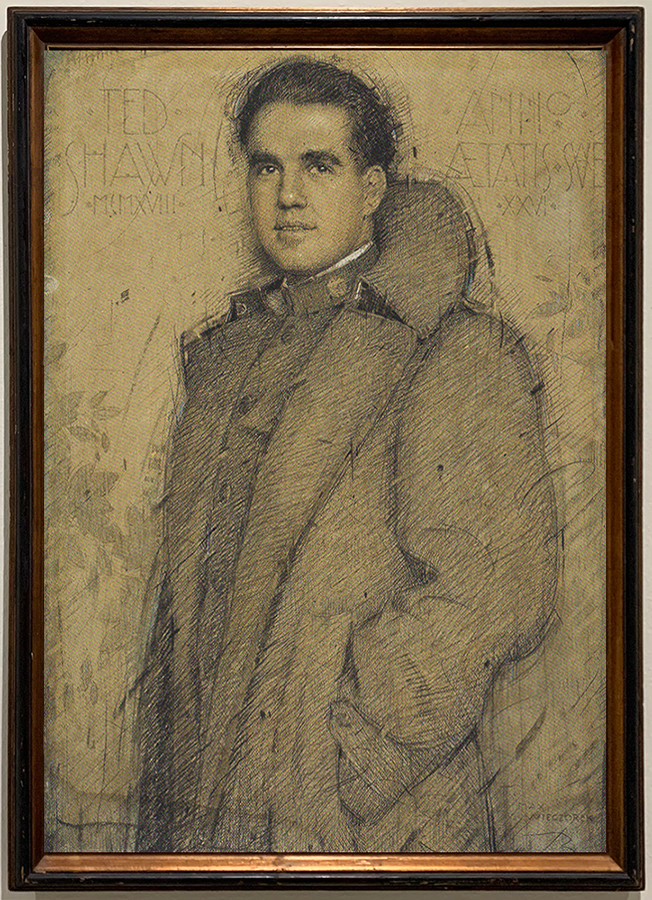 Collection of GHS/LAUSD, Gift of the artist to GHS, 1933. © 2018 LAUSD Art & Artifact Collection/Archive

Max Wieczorak immigrated to New York in 1893 and became head of the department of stained-glass windows at Tiffany. After moving to Los Angeles in 1908, he embarked on a career as a pastel painter of portraits. Ted Shawn (1891–1972) was a pioneer of American modern dance. He operated the Denishawn school and dance company in Los Angeles with Ruth St. Denis from 1915 to 1931, which launched numerous dancers, including Martha Graham. Wieczorek’s portrait shows Shawn in his military uniform before leaving for active duty during World War I. On the left it reads Ted Shawn MCMXVIII (Ted Shawn 1918), on the right Anno Aetatis Suae XXVI (in the twenty-sixth year of his life). The painting won the California Art Club’s William Preston Harrison Prize in 1918; a similar portrait is in the collection of the National Portrait Gallery in Washington, D.C.