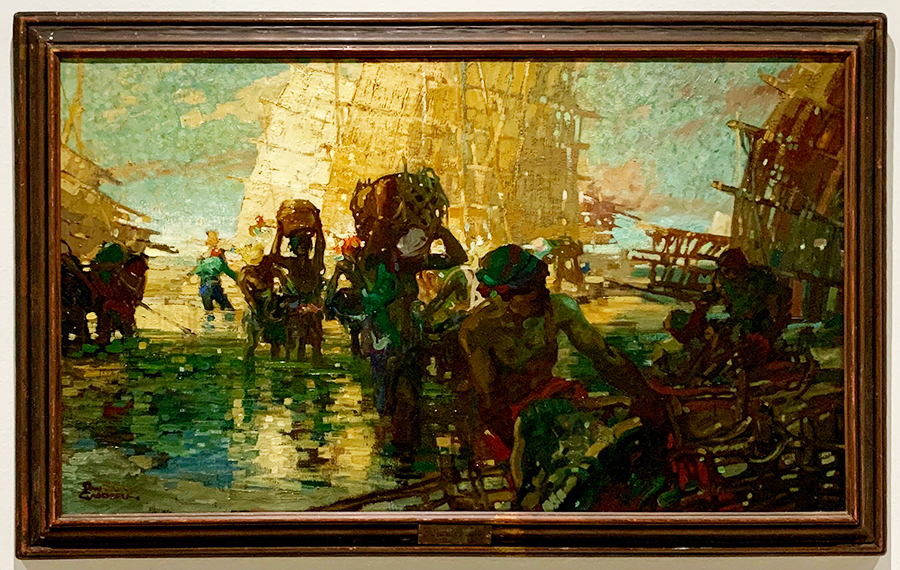 Dan Sayre Groesbeck was a pivotal figure in translating the great pictorial tradition from illustrated books to the new medium of film in the early twentieth century. Groesbeck was a successful commercial artist and book illustrator in New York and Chicago during the golden years of American illustration, but it was his work as a concept artist on films with Cecil B. DeMille, such as The Ten Commandments, that earned him fame. In 1924 he exhibited paintings at the Biltmore Salon in Los Angeles, including Asian junks and fishing fleets, related to his adventures as a reporter for London Graphic and his service in Russia during World War I. GHS’s Loading the Barge is a vibrant tour de force combining the techniques of Impressionism with the drama of the best illustration.