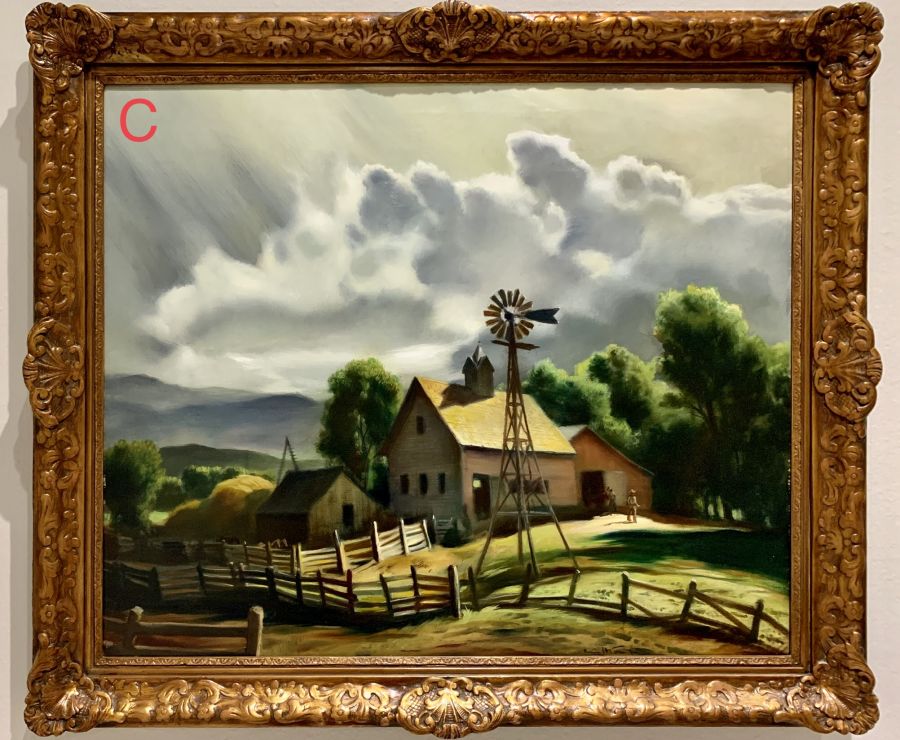 The upbeat saying “Every cloud has its silver lining,” meant as encouragement to one beset by difficulty, would have been especially poignant in a year bridging the Depression and World War II. In Emil Kosa, Jr.’s Every Cloud Has Its Silver Lining two farmers lead a horse out of a barn.  Brilliant sunlight glances off the roof of an outbuilding, while highlighting the flowing fields of grass and a sky filled with billowing, light-filled clouds. The painting, filled with a dreamy, wistful quality, hovers between art and illustration, as did much of the art of Southern California during the era, when there was plentiful work for artists in the film industry. Kosa had a successful thirty-five-year career as a set painter and special-effects artist, and won an Oscar in 1964 for his work on Cleopatra.