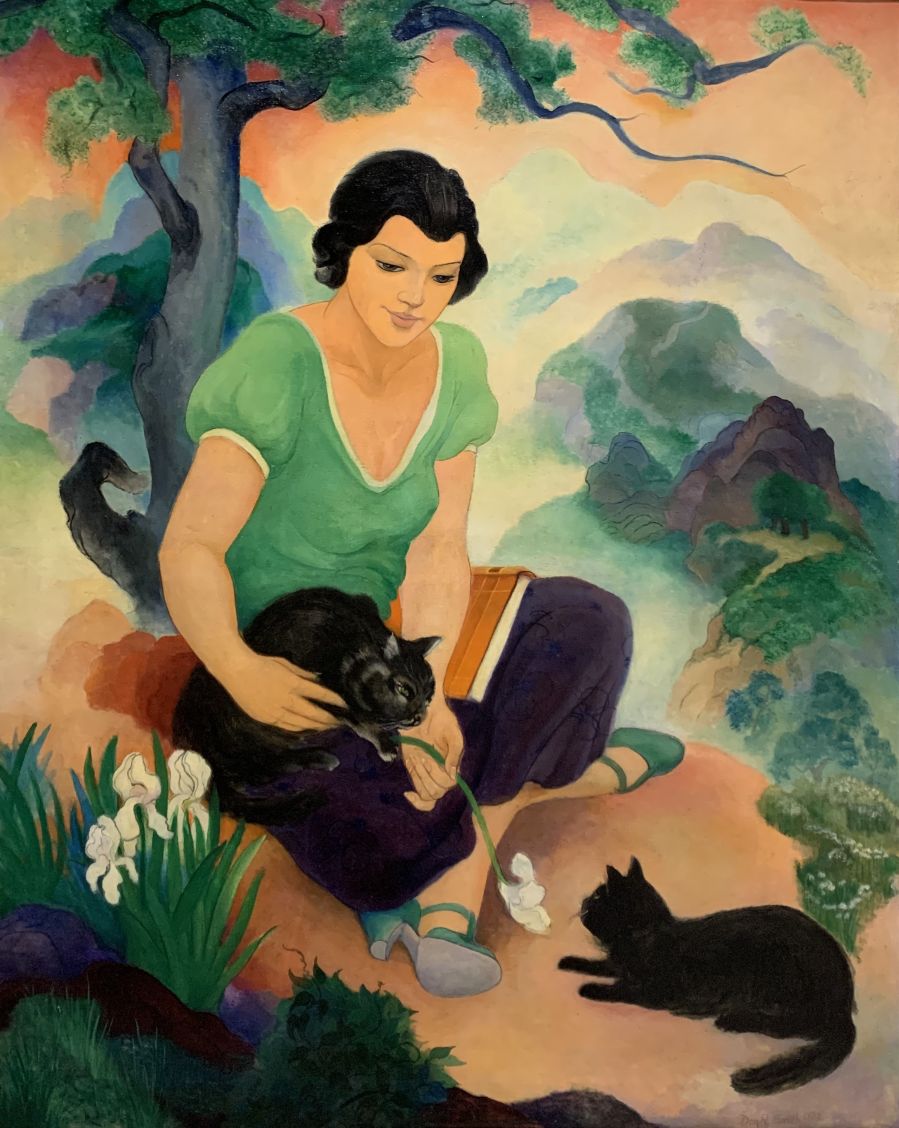 Collection of GHS/LAUSD, Gift of the Public Works of Art Project to GHS, 1934. Courtesy of the Fine Arts Collection, General Services Administration.

Don R. Smith attended the Art Students League in Los Angeles for six years, studying with the modernist greats Stanton Macdonald-Wright, Morgan Russell, and Lorser Feitelson. Cats at Play is a brilliant example of the East-West fusion style that arose at the school combining design and motifs derived from Asian precedents with Macdonald-Wright’s high-keyed Synchromist color theories; the approach arose in part because of the many Japanese Americans who studied there. On 17 May 1934, the Gardena Valley News reported that Cats at Play entered the GHS collection soon after it was included in a Public Works of Art Project exhibition at the Los Angeles Museum of works by Southern California artists. The committee of the PWAP of the Fourteenth Regional District presented it as a gift to the school, along with numerous other works of art.