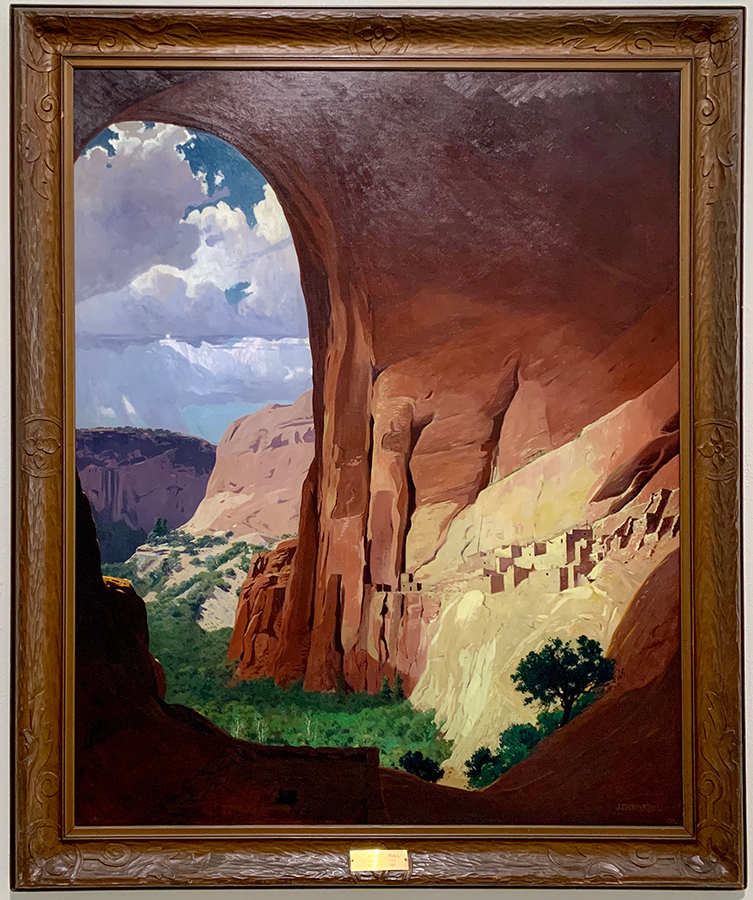 During the early decades of the twentieth century, artists looking for inspiration often journeyed to the American Southwest. Others, like James Swinnerton, ended up there seeking recuperation from tuberculosis or other ills. Swinnerton was a celebrated cartoonist for Hearst newspapers, based in New York and best known for the strip Little Jimmy, when he was told he had just weeks to live. Around 1903, he relocated to the desert near Palm Springs, which restored his health and impelled him to become a landscape painter. Betatakin (“house built on a ledge” in Navajo) is a preserved cliff dwelling built in an enormous alcove by the ancient Anasazi people between 1267 and 1286. In Swinnerton’s painting, a golden light coming through the arch illuminates the sanctified space of the cliff dwelling, expressing a quiet sense of order and harmony.